From Nov 9th to Nov 13th, all players will have a chance to get their hands on the exquisite Wrathwing Seraph and Pet Haverus in Coupon Carnival! Play the most intense action RPG game today and experience the next generation of mobile games. 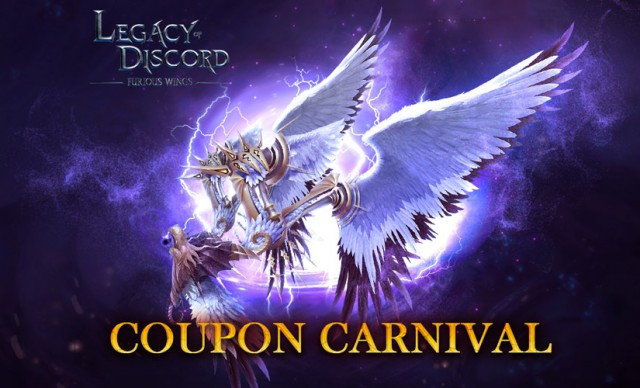 Wrathwing: Seraph - Disappeared Angel
The Angels are a race of immortal beings. When they fall in battle, they are resurrected through the Sacred Arch as if nothing had occured. However, few are aware that the wings of an Angel are the key to their immortality. Upon death, the wings would lift their soul back to the Arch. There has only been one known case of an Angel losing their immortality.


The Archangel Durias was a Seraph and High Marshal of the Angel armies. A most prideful being, he had slain countless Demons in the strife between the Heavens and the Hells, and the demons despised his smug existence. The Demon Overlords devised a plan to lure Durias out using some captive Angels. The Marshal came as expected was quickly surrounded by a massive demonic horde. Seeing that the Demons planned to capture and torture him and his men for all eternity, Durias made his last stand. He unleashed the full force of his power, creating a massive void that engulfed everything. In the aftermath, no Demon or Angel remained, only a pair of Angelic wings. 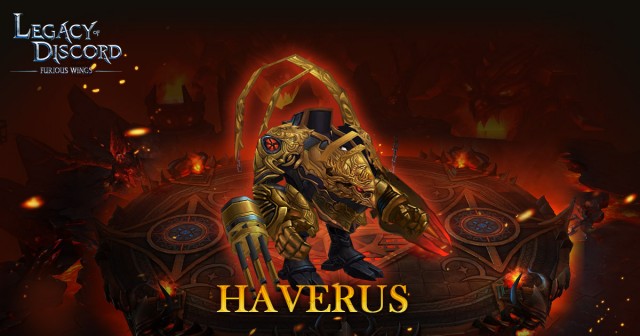 Pet: Haverus - Skybreaker
Abandoned by the world, a group of scholars had been conducting the same research for years. Finally, in the gloomy underground laboratory, a mysterious creature was created. Skybreakers are hideous and small, yet they are equipped with the strongest firepower and shields. They are practically war machines. They have machine guns attached to their right arms, capable of showering magical bullets on their unfortunate targets, who usually end up with as many holes in their body as your average beehive.