LoD Celebrate Its One-year Anniversary with A Wealth of Updates

19th October, 2017 -The first anniversary is expected to be a watershed moment for every mobile games, and the most popular ARPG mobile game Legacy of Discord – Furious Wings is celebrating such a moment. October 19th, Legacy of Discord starts its anniversary celebration with all sorts of treats, including Last Guardian Mode, an upgraded Metamorph System and the exclusive Furious Wing Collection. 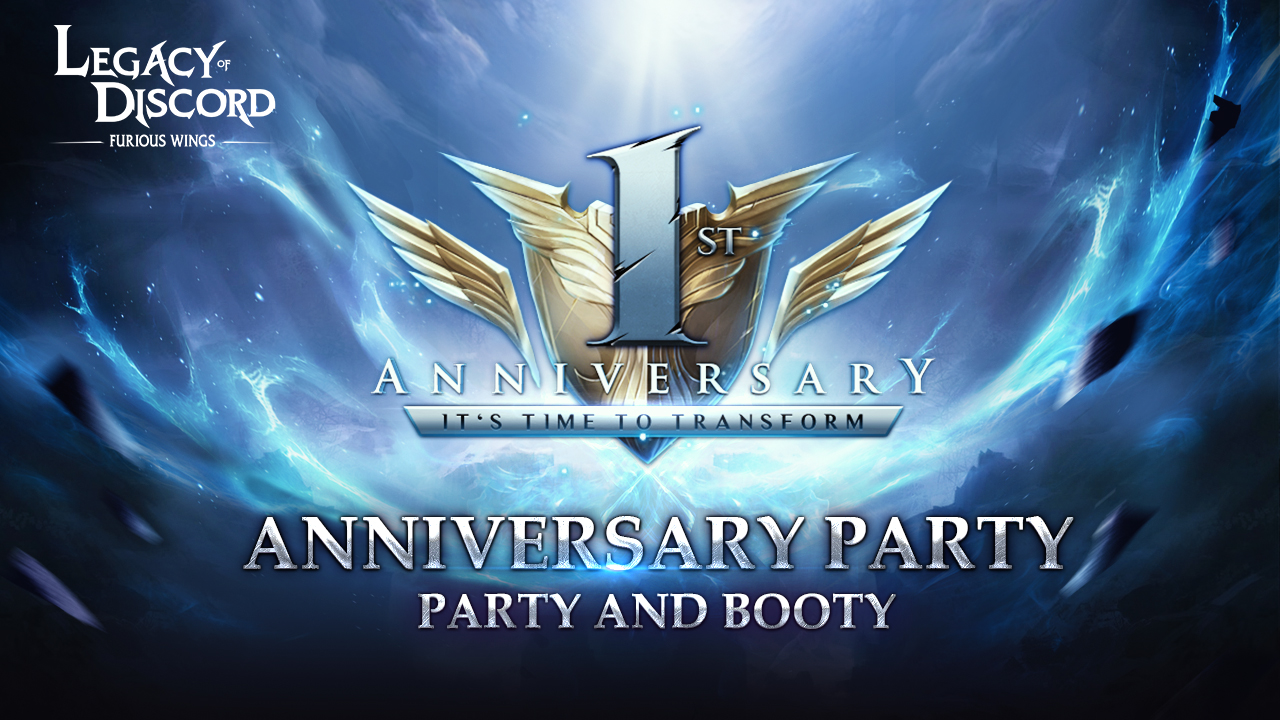 A PROMINENT AND SUCCESSFUL YEAR

Legacy of Discord is a free to play mobile Action MMORPG developed by Fancy Guo Technology Co., Ltd. and globally released by YOOZOO Games (SZ.002174). Since its launch in late 2016, nearly 70 million guardians with 15 languages from over 190 countries have fought in the universe of Legacy of Discord, which is among the Top 10 grossing game in 115 countries and regions. The game has already become the top-grossing mobile ARPG in the US and Europe.

The game enjoys an active player community outside the game as well. Now Legacy of Discord has 1.1 million Facebook fans, and more than 1 million likes on the official fan page. In late April of this year, players shared over 10,000 stories on the official page to celebrate the game’s first 6-month. In addition to the official accounts, there are many fan groups on Facebook, Line, WeChat and other social media. With the joint efforts of players and the project team, it has built a large and active player community with high diversity.

YOOZOO Games have also brought Legacy of Discord to Gamescom 2017. With game booth, cosplay shows and game merchandises like LOD spinners and T-shirts, the game has received great feedback among players and created an exciting journey in the offline world. 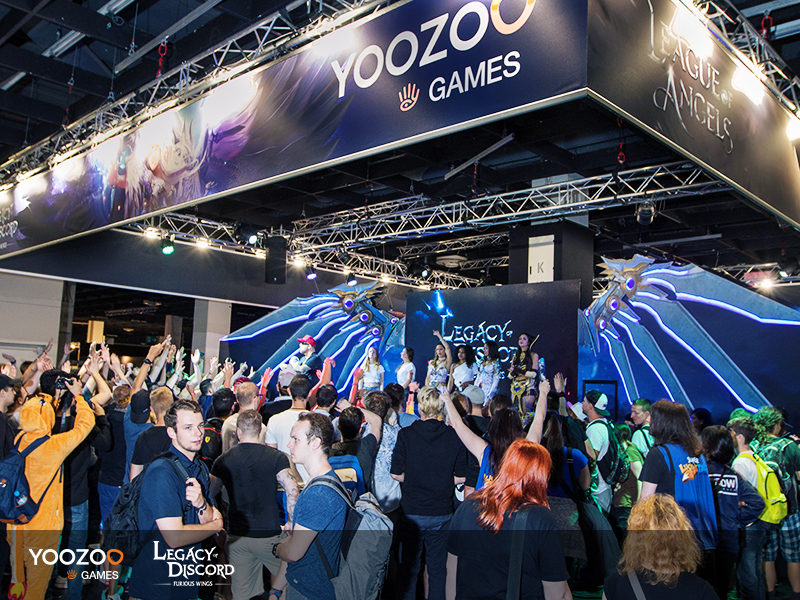 A WEALTH OF SPLENDID UPDATES

With the coming of millions of players, the team is pushing to create more game modes and improve the game experience in all aspects. There has been 36 updates with new gameplay. During the celebration, Legacy of Discord presents the upgraded Metamorph System and a new survival mode Last Guardian.

The initial Metamorph system allows players to transform into mysterious creatures and unleash their ultimate powers in battles. After this update, the system will bring more monsters, skills and maps to the players.

Last Guardian is a 20-minute survival gameplay mode, offering a new option of enhanced battle experience. All players will have the same base attributes in the mode, and only one guardian can survive to be the last.

And more notably, the Anniversary Celebration reveals the Furious Wing Collection. Furious Wings is the name of the game for a long time, and the players got to see the flamboyant treasure. With the flame of darkness, Furious Wings which is the only one wing that is a combination of a Wrathwing and Skywing. 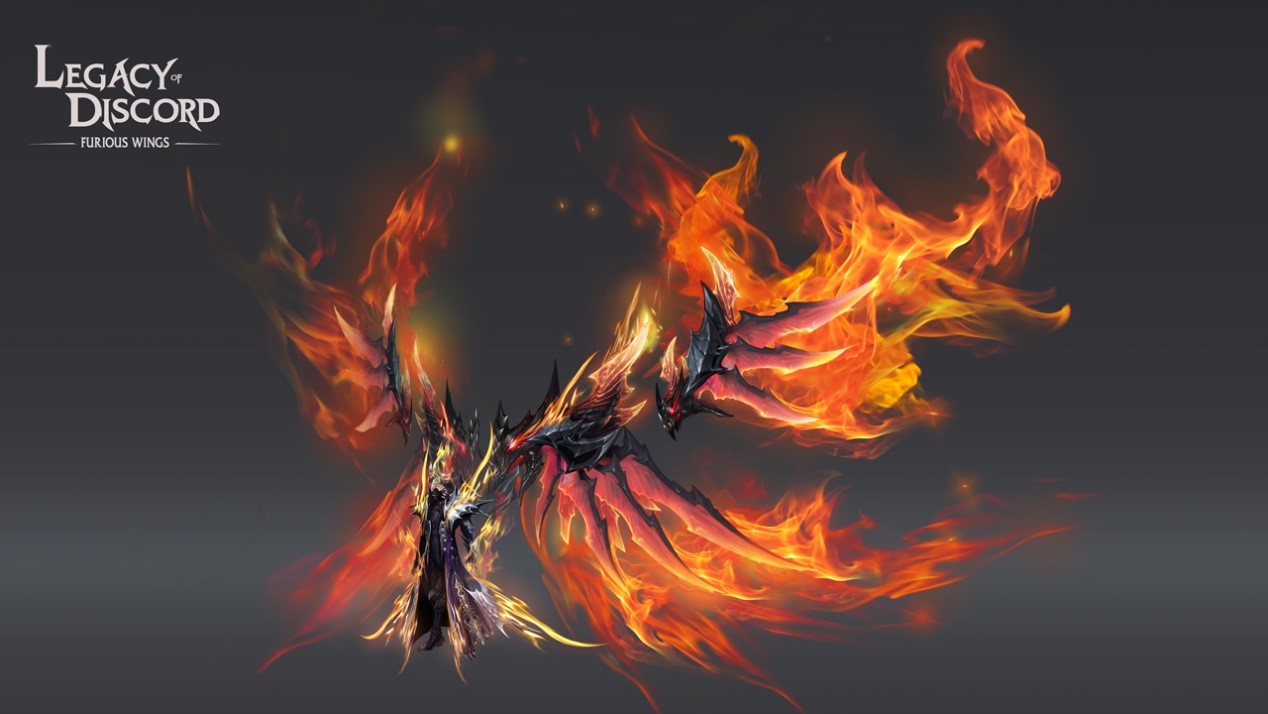 There will be a significant class advancement in the future. Players will be able to transfer into other classes, and a brand new powerful class will appear in the game. More fun is on the way. Legacy of Discord just climbed over the first mountain, and the passion for joy will drive the game forward to the next milestone, bringing high-quality, novel entertainment to the world.

Try out Legacy of Discord – Furious Wings by visiting the following link: →http://lod.gtarcade.com/