24th May 2018– Action packed MMORPG Legacy of Discord is introducing a brand new exciting game mode: Celestial Defense will pit players against waves of enemies and put their fighting skills to the ultimate test. 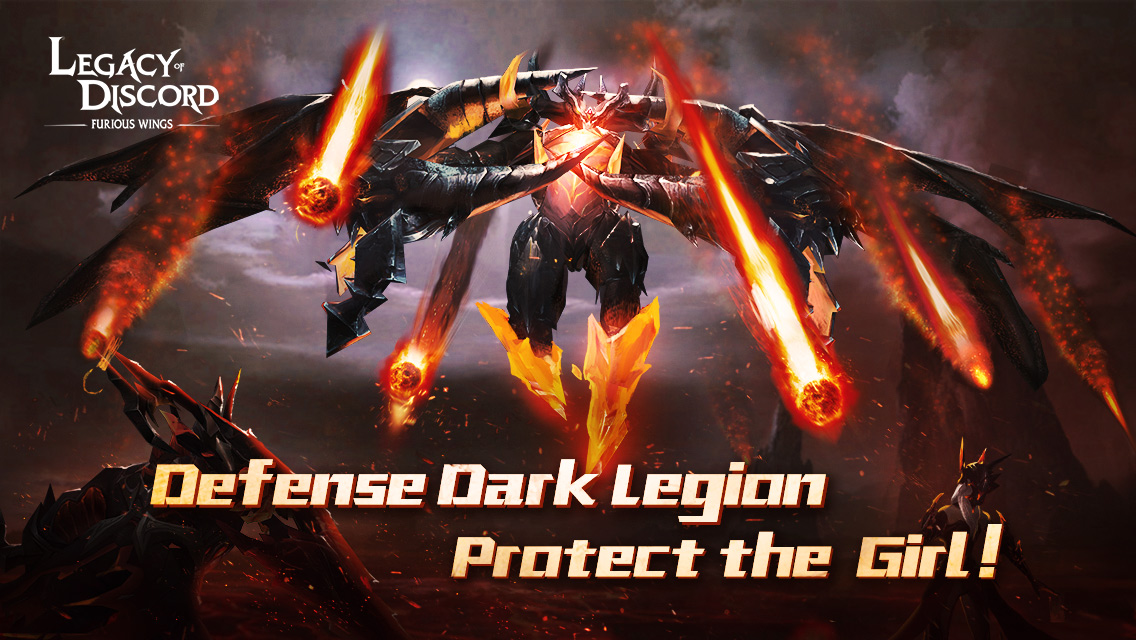 
In the Celestial Defense mode player will be randomly placed in one of four teams, each of which corresponds to one of the four Dragonshard colors: blue, orange, green and purple. Each Dragonshard color will have a different effect on the players:

Players must protect the mysterious Girl Spark as well as their teams own Dragonshard against the Dark Legion which will send wave after wave of monsters to attack from four different directions in Celestial City.


No great battle goes without reward and so players will be awarded Glory for each defeated enemy. A monster will add 10 Glory to the ranking while a Boss will increase Glory by 100. The rankings can be viewed during the battle and there will also be a separate Boss Ranking(Based on the number of bosses killed) and a Team Glory Rating (based on the total Glory of team members).


Additionally, double rewards from Gold Dungeon, EXP Dungeon and Tower of eternity will be available during Celestial Defense.


About Legacy of Discord

Legacy of Discord, full name Legacy of Discord – Furious Wings, is a free to play mobile Action RPG released by Yoozoo Games. It is the most popular mobile ARPG in EU/NA. Since its launch in late 2016, nearly 70 million guardians with 15 languages from over 190 countries have fought in the universe. According to App Store and Google Play, it is one of top 5 grossing mobile games in 106 countries and regions.

YOOZOO Games is a global entertainment company specializing in game development and distribution. The company is headquartered in Shanghai with offices in London, Berlin, Hong Kong, Singapore, and other major cities. Since its founding in 2009, YOOZOO has launched a multitude of highly successful products and forged a global distribution network.