Ezio From Assassin's Creed and Other Features Coming to LoD

February 8, the legendary master assassin Ezio from Assassin’s Creed® will make his debut in the most popular mobile MMOARPG Legacy of Discord – Furious Wings. Along with Ezio’s appearance in the game, players can also expect a cross-server Dungeon named Godly Zone and a series of Valentine’s Day events from this coming update. 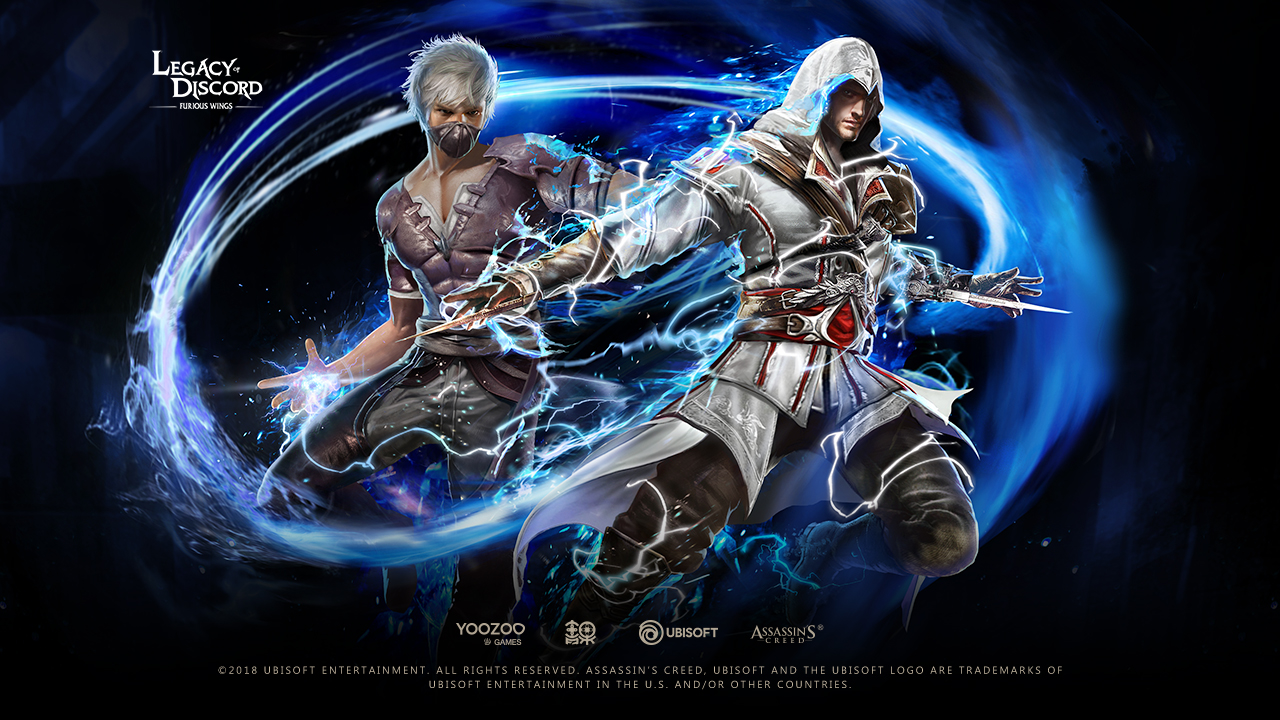 Yoozoo Games and Ubisoft announced a new partnership on Feb 1st that will bring Assassin’s Creed characters to the Metamorph System in Legacy of Discord – Furious Wings. This licensing deal allows players to transform into legendary creatures and unleash their ultimate powers in battles. Yoozoo Games and Ubisoft have worked closely with each other to create this exclusive content. After this update, players finally can use Metamorph to transform into Ezio, the very lead character from the Assassin’s Creed franchise.


Transforming into Ezio gives players a big advantage over enemies during battle, including exclusive skills and dazzling special effects. The first exclusive skill being introduced to the game is Aerial Attack. Ezio can dash forward and cause damage to all enemies in the path while silencing them for a certain of seconds, and low HP enemies will be slain instantly. Another exclusive skill is Whirlwind Blades: blades of air being quickly dished out to inflict damage on enemies in a huge area in the front and at the same time give enemies immobilized and movement slowing effects. 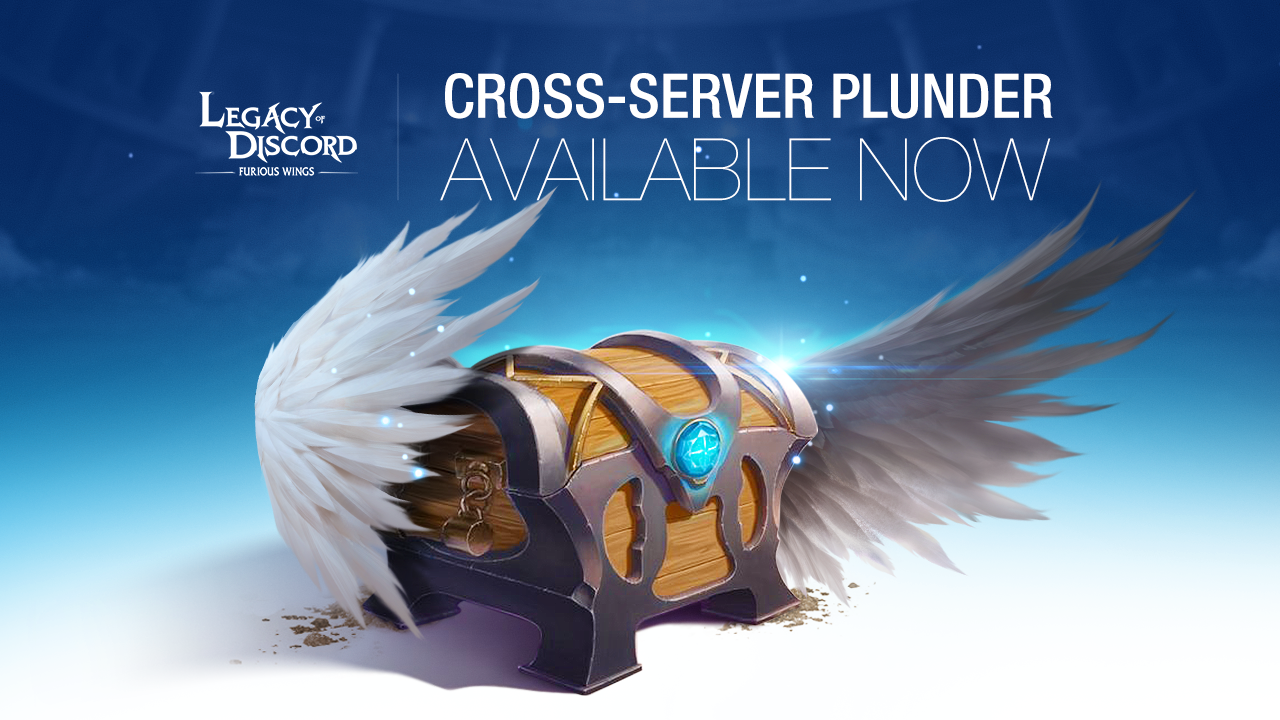 Godly Zone is a cross-server Dungeon, which can be entered by those who rank the top 100 in the Arena. It opens every Tuesday, Thursday, and Saturday. Lots of chests can be opened in Godly Zone, but the Supreme Treasure Chest will only appear after all other chests being cleared. Players in the same server will receive rewards once the Supreme Treasure Chest is unlocked. However, that’s not the end of the dungeon battle. Lots of monsters will spawn after all Supreme Treasure Chests are defeated. Players need to kill all of them to meet the boss of the area. The DMG and HP of these bosses are much higher than that of bosses in other dungeons. Just like the reward mechanism of Supreme Treasure Chest, players in the same server can receive rewards once the boss of the area is defeated. All players will be sent back to their own city after the cross-server dungeon closes.


Additional rewards can be claimed on an event page for all players from the winning server. Players can open chests or kill monsters to gain points. Every time the boss of the area is cleared, points will be calculated and the server with the highest points wins. The Dungeon will be open for 1 hour each time. The Godly Zone Leaderboard will be cleared before the next event starts. 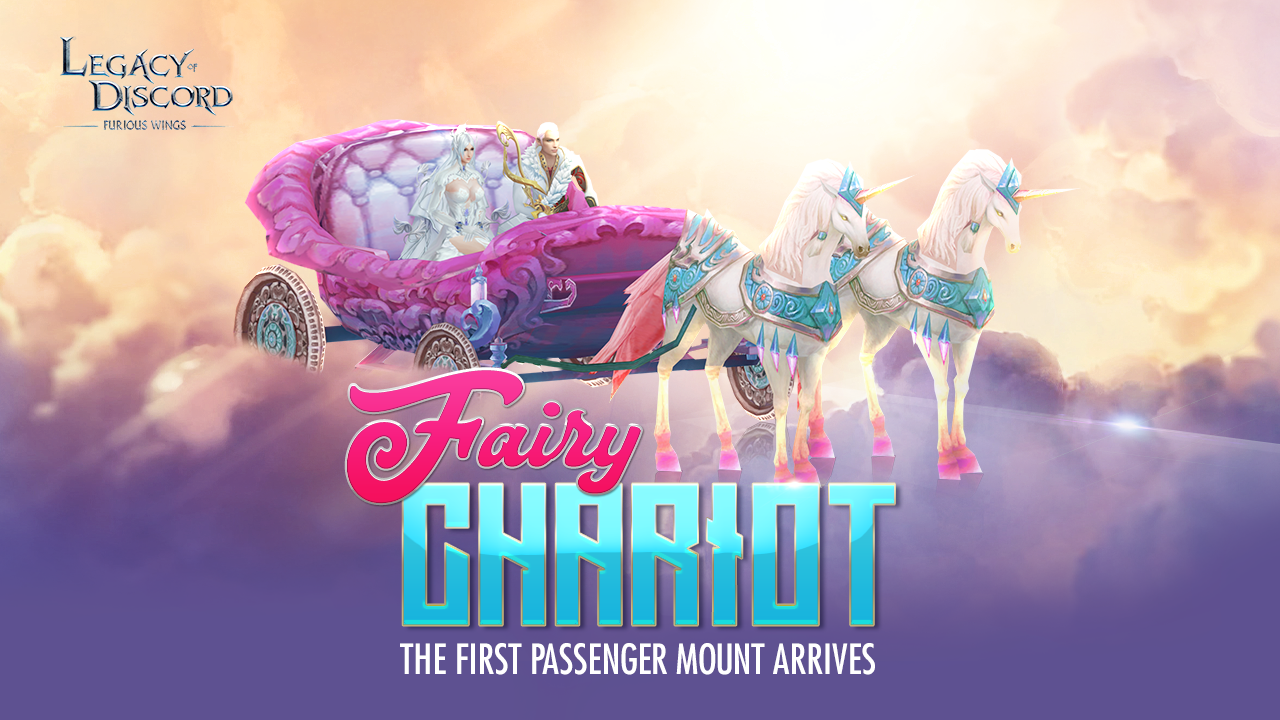 The update also preannounces a series of Valentine’s Day events, including a new Legendary Pet Cupid, an event named Flowers of Love, and the Mount of Love, all of which are set to open starting from February 11. Mount of Love is the first passenger mount introduced into the game that originated from the Heavens, This two-wheeled mount designed for two people allows a player to invite his or her Valentine to share. Once mounted, tap the “Share Mount” button to call up on the invitation list. This function can only be used in the City, Plunder and the Untamed Wilds.


Legacy of Discord – Furious Wings is a mobile 3D MMOARPG globally published by Yoozoo Games. Since its launch in late 2016, nearly 70 million guardians from over 190 countries and speaking 15 different languages have fought in the universe. According to App Store and Google Play, Legacy of Discord – Furious Wings is one of the top 5 grossing mobile games in 106 countries and regions. The game has rapidly become the top-grossing mobile ARPG in Europe and the Americas and has been featured by Google Play and App Store for thousands of times.

YOOZOO Games, formerly Youzu Interactive, is a global entertainment company specializing in game development and distribution. The company is headquartered in Shanghai with offices in London, Berlin, Hong Kong, Singapore, and other major cities. Since its founding in 2009, YOOZOO has launched a multitude of highly successful products and forged a global distribution network.

©2018 Yoozoo Entertainment. All rights reserved. Assassin’s Creed, Ubisoft and the Ubisoft logo are trademarks of Ubisoft Entertainment in the U.S. and/or other countries.